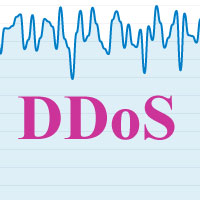 The first signs of the beginning of an attack on one of our clients (a large chain of pizzerias) appeared December 22, 2013 attack was targeting of signs, the attackers made ​​targeted TCP_SYN, UDP_Flood DDoS. Network infrastructure and protection from DDoS ensure client health.
After a week of unsuccessful attempts to carry out targeted DDoS attacks, the attackers changed the type of attack, and December 31, 2013 began a massive DDoS attack the entire infrastructure and address ranges Cloud4Y with an emphasis on finding the address space of the attacked Client.
Infrastructure and Cloud4Y withstand this type and level of attack as urgently been reconfigured DDoS-protected equipment and increased its sensitivity.
In connection with the attack failed, 02.01.2014 attackers made ​​adjustments to the policy of attack: increased power at times and launched a massive attack of all the main operators providing Internet peering Cloud4Y.
Part of autonomous systems backbone operators has been completely disabled. The remaining operators engineering services produced urgent reconfiguration of equipment and set levels of suppression of data streams, because it exceeds the maximum value that the equipment can withstand. According to reports, one of the main operators, the intensity of the attack reached 4.5 million packets per second, but because, Cloud4Y has multiple redundancy external channels, health and availability Cloud4Y ensured and in this state, but the packet loss occurred.
As well, the effects could be observed due to the constant rebuilding routing backbone operators, since, due to overload left their external peer connection.
Attack on cloud resources Cloud4Y was completed on January 5 at 19:14. Uke client currently initiates production of an incident in the Office of Special Technical Measures (USTM MVD) for a criminal investigation into the actions of malicious intruders.

We sincerely apologize for the inconvenience.
On the provision of compensation, please contact your account manager.
Popular
05 february Creating an AlwaysON Availability Group Based on a Failover Cluster 10 december 2020 Cloud4U at Gitex 27 november 2020 Black Friday exclusive – get 65 off the IaaS 20 november 2020 Cloud trends for 2021 29 september 2020 Cloud4U at ConnecTechAsia 29 september 2020 Machine Learning in the Cloud – Business Advantages 14 august 2020 Comparison: GDPR vs. Russia's Federal Law on Personal Data 29 may 2020 Who is Responsible for Personal Data Protection Compliance in the Cloud 29 march 2020 Is Private Cloud Right for Your Business? 31 march 2016 New product: Office 365 for rent